Amigos de la comunidad: curso de aprendizaje-servicio en español (Cognella Academic Publishing: San Diego, CA, 2020) is a textbook for students volunteering in their local Spanish-speaking communities. The book introduces learners to grammatical content used in different Spanish registers and real-life settings. This unique interactive textbook is intended for intermediate to advanced students of Spanish, who wish to enhance their language skills while participating in service-learning projects. Each chapter has three readings covering useful vocabulary and different grammatical structures that will improve students’ language skills. All chapters offer websites with community liaisons and community engagement activities related to each lesson. At the end of each chapter, there is a cultural analysis and a written task. The student-centered approach includes in-class presentations, reflections, dialogues, case studies, grammar, and vocabulary for students in the legal, public health, information technology, social work, human resources, business, and education. Topics have been grouped according to students’ target area of community service. This book is ideal for mixed and immersion classes. Native/Heritage Spanish learners can expand their registers while second language learners can understand how to speak in Spanish in a culturally appropriate way. The final chapter focuses on how students have impacted their communities and how service-learning have advanced their academic experience and personal lives.

Please see here for a professional video recording of the book launch in Madrid.

Currently, new and exciting developments are shaking research on language. In the 1960s and the 1970s a new paradigm substantially changed the focus on language research from a mental perspective (generativism) to take language as social and cultural interactions. Those were the times when sociolinguistics appeared as a subfield of linguistics, led by scholars like William Labov, Dell Hymes, Joshua Fishman, and Erving Goffman.  50 years later we are witnessing new developments that have been named by the scholar Mary Bucholtz as Sociocultural linguistics. In order to disseminate decisive work, we present translations into Spanish of pieces by Mary Bucholtz, Kira Hall, Monica Heller, Gunther Kress, Jonathan Rosa and Nelson Flores who are spearheading a change. The theoretical work of these researchers will have consequences for other disciplines and will put language research into a different light. In addition, we have included new Latin American and USA researches whose work illustrate the new paradigm of sociocultural linguistics (Virginia Unamuno, Ana Cristina Ostermann and Anne Marie Guerrettaz).

Composed in the first half of the seventeenth century, a hundred years after the arrival of the Spanish conquerors in Mexico, the History of the Chichimeca Nation is based on native accounts but written in the medieval chronicle style. It is a gripping tale of adventure, romance, seduction, betrayal, war, heroism, misfortune, and tragedy. Written at a time when colonization and depopulation were devastating indigenous communities, its vivid descriptions of the cultural sophistication, courtly politics, and imperial grandeur of the Nahua world explicitly challenged European portrayals of native Mexico as a place of savagery and ignorance. Unpublished for centuries, it nonetheless became an important source for many of our most beloved and iconic memories of the Nahuas, widely consulted by scholars of Spanish American history, politics, literature, anthropology, and art.

The manuscript of the History, lost in the 1820s, was only rediscovered in the 1980s. This volume is not only the first-ever English translation, but also the first edition in any language derived entirely from the original manuscript. Expertly rendered, with introduction and notes outlining the author’s historiographical legacy, this translation at long last affords readers the opportunity to absorb the history of one of the Americas’ greatest indigenous civilizations as told by one of its descendants.

This title, published by University of Oklahoma Press, 2019 can be found here. 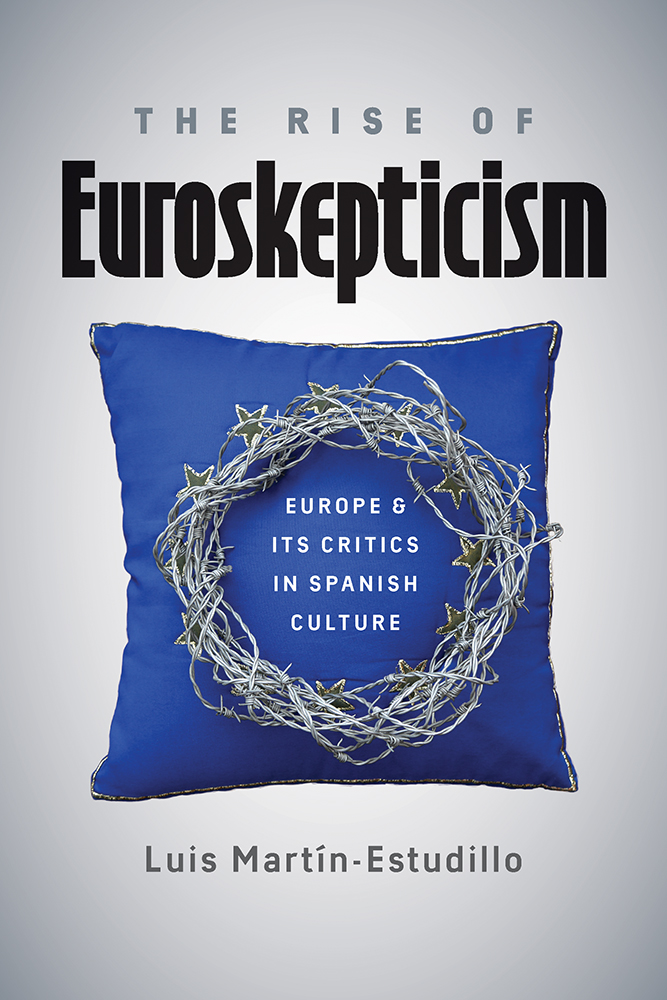 Covering from 1915 to the present, this book deals with the role that artists and intellectuals have played regarding projects of European integration. Consciously or not, they partake of a tradition of Euroskepticism. Because Euroskepticism is often associated with the discourse of political elites, its literary and artistic expressions have gone largely unnoticed. This book addresses that gap. Martín-Estudillo provides a new context for the current refugee crisis, the North-South divide among EU countries, and the generalized disaffection toward the project of European integration. The eclipsed critical tradition he discusses contributes to a deeper understanding of the notion of Europe and its institutional embodiments. It gives resonance to the intellectual and cultural history of Europe's "peripheries" and re-evaluates Euroskeptic contributions as one of the few hopes left to imagine ways to renew the promise of a union of the European nations.

This title, published by Vanderbilt University Press, March 2018, can be found here.